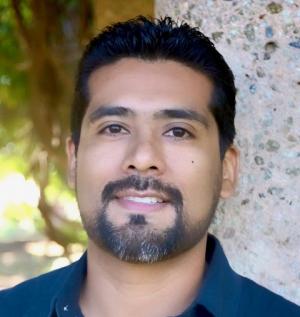 Professor Rios's work analyzes the role of social control and education in determining the well-being of young people living in urban marginality; tracks the social consequences of the punitive state and punitive social control-across institutional settings; and examines young people’s resilience and responses to social marginalization.  He uses insight from his research to promote equitable policies and develop programs to improve the lives of marginalized youths.

In his latest book Human Targets: Schools, Police, and the Criminalization of Latino Youth (University of Chicago Press, 2017) Rios finds the traditional good kid/bad kid, street kid/decent kid dichotomy is much too simplistic, arguing instead that authorities and institutions help create these identities—and that they can play an instrumental role in providing young people with the resources for shifting between roles.  He finds that to be a poor Latino youth is to be a human target—victimized and considered an enemy by others, viewed as a threat to law enforcement and schools, and burdened by stigma, disrepute, and punishment.  Human Targets was a selection for the LA Times Festival of Books in 2017.

Rios has also published on juvenile justice, masculinity, and race and crime in scholarly journals such as The Annals of the Academy of Political and Social Sciences, The Annual Review of Sociology, Latino Studies, and Critical Criminology.  He is also the author of three trade books aimed at public audiences.

Rios engages in multiple public sociology projects.  One of his recent projects is an intervention with high school students that have been pushed-out.  A documentary film, funded by Sundance, The Ford Foundation, Corporation for Public Broadcasting, YouthBuild and other foundations, featuring his work is scheduled to premiere in Fall 2018 (thepushouts.com).  His Ted Talk “Help for the Kids the Education System Ignores” has garnered over 1.3 million views.

In 2018 Rios was one of two nominees for Vice President of the American Sociological Association.