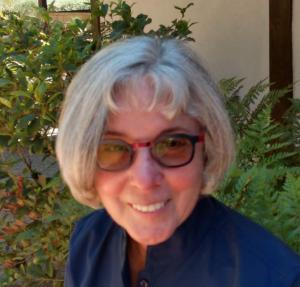 Denise Bielby is Distinguished Professor of Sociology, Emerita at the University of California, Santa Barbara.  The author of numerous scholarly publications that have appeared in a wide range of leading disciplinary journals and edited volumes, her research focuses on the culture-producing industries of film and television.  She is the author of Global TV: Exporting Television and Culture in the World Market (2008) and Soap Fans: Pursuing Pleasure and Making Meaning in Everyday Life (1995) with C. Lee Harrington, and co-editor of collections on popular culture; aging, media, and culture; and media production in France and the U.S.  She is a recipient of national awards for her research – the Reuben Hill Research and Theory Award from the National Council on Family Relations, and the Kathleen Gregory Klein Award for Excellence in Feminist Studies from the Popular and American Culture Associations – was elected to the discipline’s distinguished research honorary, the Sociological Research Association, and has been funded by the National Science Foundation, the National Institute of Mental Health, and the Writers Guild of America, West, among others. She has served on editorial boards of leading professional journals, and was inaugural recipient of the University of California President’s Award for Excellence in Mentorship of Undergraduate Research.  She received her B.S. from the University of Illinois, Urbana-Champaign, and her Ph.D. from the University of Wisconsin, Madison, and before joining the faculty at UC, Santa Barbara, was Post-Doctoral Fellow at Duke University in Sociology and Psychiatry. Honorary appointments during her career include Fellow, University of California, Berkeley, Institute of Human Development; Visiting Scholar, Stanford University, Institute for Research on Women and Gender (now Clayman Institute for Gender Research); Visiting Assistant Professor of Sociology and Women’s Studies, UCLA; and Visiting Professor of Media and Communication, Erasmus University, Rotterdam, Netherlands