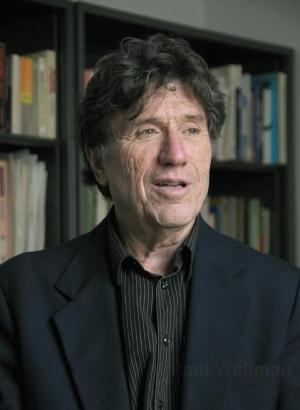 Richard P. Appelbaum, Ph.D., is MacArthur Chair in Global and International Studies and Sociology at the University of California at Santa Barbara, where he serves as co-PI at the NSF-funded Center for Nanotechnology in Society.  He has previously served as chair of the Sociology Department, and was founder and Acting Director of the UCSB Global  & International Studies Program.  He received his B.A. from Columbia University, M.P.A. from Princeton University's Woodrow Wilson School of Public and International Affairs, and Ph.D. from the University of Chicago.  He has been a Simon Visiting Professor at the Department of Sociology, University of Manchester, England, and an Honorary Visiting Professor in the Sociology Department at the University of Hong Kong. Between 1964 and 1966 he served as on a Ford Foundation program a consultant to the Oficina Nacional de Pleamiento y Urbanismo (ONPU), Lima, Peru.

Professor Appelbaum has received numerous awards and commendations for excellence in teaching, including the UCSB Academic Senate Distinguished Teaching Award in the Social Sciences. He has served as an elected Council Member of the Political Economy of the World-System Section of the American Sociological Association, as well as its President. He is on the Board of Consulting Editors of the Encyclopedia of Housing and the Encyclopedia of Global Studies. He is currently a faculty representative to the University of California Advisory Committee on Trademark Licensing/Designated Suppliers Program, and chairs the Advisory Council of the Workers' Rights Consortium. He is the author of the report of the Los Angeles Jewish Commission on Sweatshops, for which he served as a founding member.  In the past, he was co-PI (and served on the Executive Committees of) the NSF-funded Centers for Spatially Integrated Social Science and Spatial Perspectives on Curriculum Enhancement .

Professor Appelbaum has published extensively in the areas of emerging technologies, particularly in China; the globalization of business; the sociology of work and labor; and social theory, urban sociology, and public policy. In addition to numerous scholarly papers, he has published policy-related and opinion pieces in the Los Angeles Times and The American Prospect. His books include States and Economic Development in the Asian Pacific Rim (with Jeffrey Henderson; Sage, 1992); Behind the Label: Inequality in the Los Angeles Garment Industry (with Edna Bonacich; University of California Press, 2000); Rules and Networks: The Legal Culture of Global Business Transactions (co-edited with William L.F. Felstiner and Volkmar Gessner; Oxford, England: Hart, 2001), a collection that examines the legal frameworks that are emerging to regulate transnational businesses; Towards a Critical Globalization Studies (co-edited with William I. Robinson, Routledge, 2005); Introduction to Politics and Economics (an edited collection of readings; Kendall-Hunt 2004), Introduction to Sociology, 8th edition (with Anthony Giddens, Mitchell Duneier, and Deborah Carr; W.W. Norton, 2011), and Can Emerging Technologies Make a Difference in Development? (co-edited with Rachel Parker; Routledge, 2012). He is a founding editor (and currently emeritus editor) of Competition and Change: The Journal of Global Business and Political Economy.

Professor Appelbaum is currently engaged in two principal research projects: a multi-disciplinary study of labor conditions in supply chain networks in the Asian-Pacific Rim, and a study of high technology development (focusing on nanotechnology) in Asia and Latin America.