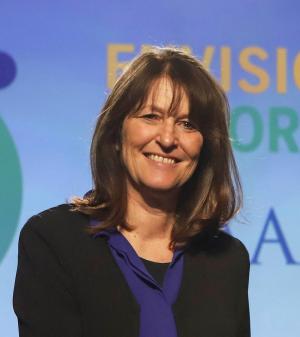 My research compares inequality patterns and gender beliefs within and across countries. I am particularly interested in understanding the cultural and structural forces that sustain gender disparities in families, educational systems, and labor markets in the United States and around the world.

Recent projects, with graduate students and other collaborators, include analyses of gender-related beliefs in Africa and the Middle East, cross-national differences in girls’ attitudes toward science and mathematics, and gender segregation of computing work around the world. The cross-national differences documented are often at odds with conventional wisdom about more and less gender-egalitarian places. I argue that unequal outcomes and affinities are sustained in affluent and reputably gender-progressive societies by a pervasive “different but equal” gender frame. Even where norms of male primacy are widely questioned, stereotypes about gender difference operate as powerful social forces to generate and legitimize alternative inequality forms.

I am an elected fellow of the Sociological Research Association and the American Academy for Advancement of Science, AAAS. My article with Karen Bradley, "Indulging our Gendered Selves? Sex Segregation by Field of Study in 44 Countries" (American Journal of Sociology) received the 2011 Distinguished Article Award from the American Sociological Association's Sex and Gender Section, and my book with David Grusky, Occupational Ghettos: The Worldwide Segregation of Women and Men (Stanford University Press) received the Max Weber Award for Distinguished Scholarship in 2005.

At UC Santa Barbara, I am Professor of Sociology and faculty affiliate of the Feminist Studies Department. Before arriving at UCSB, I served on the Sociology faculty at UC San Diego, and was a postdoctoral researcher at the Swiss Federal Institute of Technology in Zurich. I received a Ph.D. in Sociology from Stanford University, and Bachelor’s degrees from UCSB in Environmental Studies and Political Science.

Chow, Tiffany and Maria Charles. 2019. “An Inegalitarian Paradox: On the Uneven Gendering of Computing Occupations around the World.” Pp. 25-45 in Cracking the Digital Ceiling: Women in Computing Around the World. Carol Frieze and Jeria Quesenberry, eds. Cambridge University Press.

Charles, Maria. 2008. “Culture and Inequality: Identity, Ideology, and Difference in ‘Post-ascriptive Society’.” Annals of the American Academy of Political and Social Science 619:41-58.

Charles, Maria and David B. Grusky. 1995. "Models for Describing the Underlying Structure of Sex Segregation." American Journal of Sociology 100:931-71.