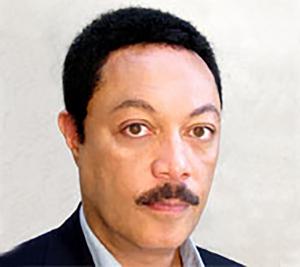 G. Reginald Daniel, Ph.D., Professor, Department of Sociology, University of California, Santa Barbara; Affiliated Faculty, Latin American and Iberian Studies, Black Studies, Chicana/o Studies, Asian American Studies, and History. Since 1989, I have taught “Betwixt and Between,” which is one of the first and longest-standing university courses to deal specifically with the question of multiracial identity comparing the U.S. with various parts of the world. I have published numerous articles and chapters that cover this topic. His chapters “Passers and Pluralists: Subverting the Racial Divide” and “Beyond Black and White: The New Multiracial Consciousness” appeared in Racially Mixed People in America (1992) edited by Maria P. P. Root, which was the first comprehensive examination of multiracial identity in the United States. My books entitled More Than Black? Multiracial Identity and the New Racial Order (2002) and Race and Multiraciality in Brazil and the United States: Converging Paths? (2006), and Machado de Assis: Multiracial Identity and the Brazilian Novelist (2012) are a culmination of much of his thinking on the relationship between social structure and racial formation—especially multiracial identities. I am also co-editor of Race and the Obama Phenomenon: The Vision of a More Perfect Multiracial Union (2014) to which he contributed a chapter titled “Race and Multiraciality: From Barack Obama to Trayvon Martin.” In addition, I am a co-founding editor and Editor in Chief of the newly launched Journal of Critical Mixed Race Studies (JCMRS). I have received a great deal of media attention and participated as a panelist at various conferences on the topic of multiracial identity. On June 16, 2012, I received the Loving Prize at the 5th Annual Mixed Roots Film and Literary Festival in Los Angeles. Established in 2008, the prize is a commemoration of the June 12, 1967 Loving v. Virginia decision that removed the last laws prohibiting racial intermarriage. It is awarded annually to outstanding artists, storytellers, and community leaders for inspirational dedication to celebrating and illuminating the mixed racial and cultural experience. National Public Radio’s “Talk of the Nation” interviewed me where I discussed my teaching on multiraciality and the significance of the Loving Prize. Finally, Daniel, I am a former member of the advisory boards of AMEA (Association of MultiEthnic Americans), the Mixed Heritage Center of MAVIN Foundation, and Project RACE (Reclassify All Children Equally). These are among the most prominent organizations involved in bring about changes in the collection of official racial and ethnic data, as in the decennial census, which makes it possible for multiracial-identified individuals to acknowledge their various backgrounds. My own multiracial identity includes African, European, Asian, Arab, and Native American origins.

I have taught numerous graduate and undergraduate courses exploring comparative race and ethnic relations. Since spring 1989 I have taught “Betwixt and Between,” which is one of the first and longest-standing courses in the United States to deal specifically with the question of multiracial identity comparing the United States with various parts of the world. My courses always emphasize historical reflection with the goal of providing students with an opportunity to utilize their research, interpretive, and writing skills through a comprehensive examination and critical analysis of course material, including class discussion and course readings. My goal is to tap into the particularly critical resource the classroom holds as a safe environment within which to examine the evolution of social structures that underpin racial inequality as well as envision creative ways of bringing about a more equitable society.